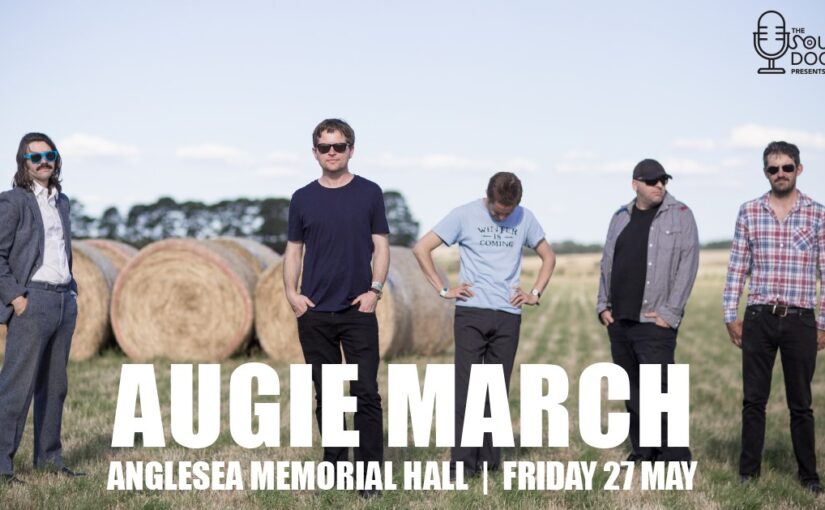 Augie March are headed to Anglesea and they’re bringing their hits with them! And Lisa Mitchell has just announced her album tour, with The Sound Doctor being one of her stops.

On Friday 27 May Augie March perform stripped back reinventions of many of their best-known songs in a show that not only reminds you why these guys created the soundtrack to the start of the century for many of us – but also why they’re still one of Australia’s most important bands. Supporting them are celebrated Aireys trio Victoriana Gaye.

On Saturday 28 May the sublime songbird Lisa Mitchell adds Anglesea to her album tour list, performing with her band. Lisa’s music consistently elicits an emotional response and this will be one special show. Especially given we have the transformative music of (we’re claiming her as a local) Chitra to start the night off right! 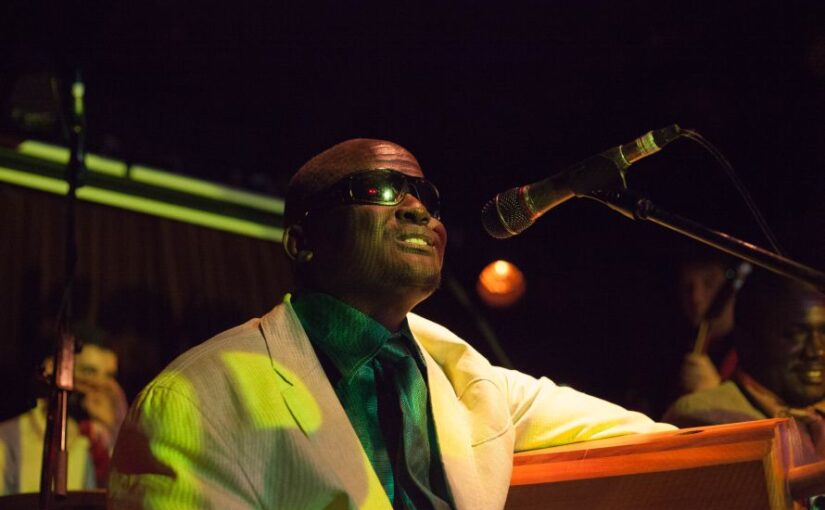 Gordon Koang is a household name in South Sudan, an incredible performer with nine albums under his belt. This charismatic refugee musician is now taking the Australian music world by storm accompanied by his cousin Paul Biel and his new Australian band. Experience Gordon’s wild blend of traditional Nuer rhythms and African pop beats at Anglesea Hall as he spreads a message of peace, love and unity – dancefloor style.

We are so excited to have Gordon coming to play for The Sound Doctor – this will be a show to bring the whole family to. We promise you’ll be up and dancing with a huge smile on your face. (There will be some limited seating if you need it!)

‘Gordon Koang radiates warmth and joy. It ’s impossible not to be charmed by the Melbourne-based musician’s sunny disposition.’ NME

ID: A close up photo of Gordon Koang singing into a microphone on stage. He is wearing a white jacket with an emerald green shirt underneath. He has sunglasses on.

The Sound Doctor is back in 2022 and our opening weekend in March is set to be huge! See Julia Jacklin Fri 25 & Sat 26 (new tickets just released) and Gordon Koang Sun 27.
Tickets are on sale now!

The good news is that we’ve been able to reschedule the Julia Jacklin shows to March 2022. For those of you that don’t already have a ticket, the bad news is that these shows remain sold out. But, the other good news is that (hopefully) by then we should be able to open up more tickets for sale.

So don’t delay, sign up to our mailing list to be the first to know when tickets are available. You can also go on the waitlist via Try Booking.

Until then, stay safe, look after each other, and we will see you in 2022.

Well, here we go again! We are very sad to announce that Julia Jacklin will not be performing in Anglesea tomorrow and Saturday. This is definitely a postponement and not a cancellation – so stay tuned for new dates to be announced…

It is with great sadness that the Sound Doctor’s presentation of Kim Churchill (supported by Libby Steel) and Liz Stringer (supported by Merpire) at Anglesea Memorial Hall has been cancelled for a second time, and will unfortunately NOT be rescheduled for a future date at this time.

This is extremely disappointing for us and our volunteers, the artists and for you, our loyal supporters. We are truly sorry.

Ticketholders have been contacted and refunds will be issued this week.

We look forward to a time when going out to see great live music is normal again. 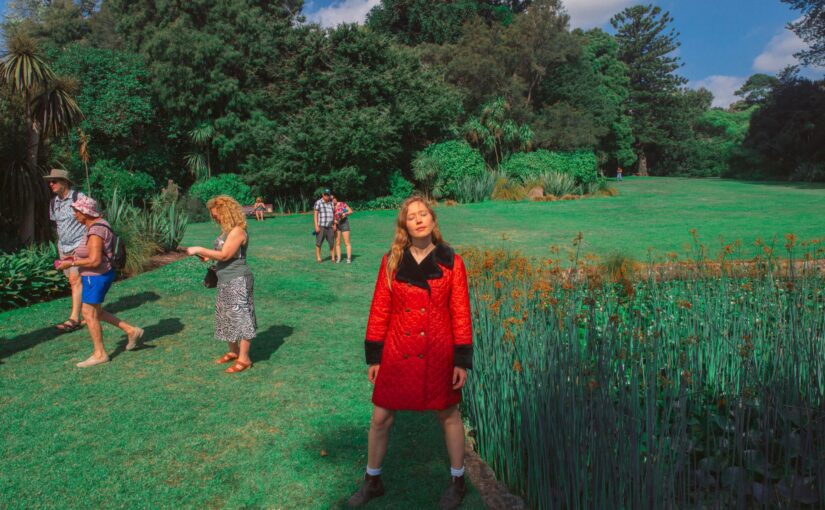 We’ve been doing it tough in Victoria and we were so sad for you the audience and of course the artists that our June shows couldn’t go ahead. But now we are super excited that things are looking good for the rescheduled dates.

We have released some additional tickets for both Kim Churchill (now on Friday 16 July) and Liz Stringer (now on Saturday 17 July), but they won’t last so don’t delay. We’re hoping to be back to 100% seated capacity by mid July, so if you have missed out add yourself to the waiting list and keep an eye on social media as we may be able to release even more!

As if it weren’t exciting enough that we’re bringing live music back to Anglesea Memorial Hall, we have some huge news. On Friday 30 and Saturday 31 July Julia Jacklin is heading to town to play two intimate solo nights! Limited tickets will go on sale this Friday morning with hopefully more to be released closer to the show when these sell out – which they absolutely will! Set the alarm for 8.55am and be ready at 9am when they become available.

If her debut album Don’t Let The Kids Win established Julia Jacklin as an artist to watch, her 2019 follow up Crushing solidified her as one of the songwriters of her generation. It frequented end of year lists, was nominated for six ARIA Awards, and both US and UK independent music awards, and led to sold out shows the world over.

Julia has released a 7” for the treasured Sub Pop label, an original Christmas song and a Björk cover with RVG in the 15 months since COVID began, but now she is back on tour in July and August for a series of rare solo performances. See her live in Anglesea where she’ll draw on songs from across her entire catalogue and give fans some never before heard songs.

It comes as no surprise that we are announcing that our shows this weekend will not go ahead. However we are happy to say that all our artists are available in July and we will reschedule the shows to Fri 16 & Sat 17.

Fingers crossed the world is a bit more back to COVID normal by then!

With just one month to go until our next shows, we’re excited to announce that we are allowed to fit more people into Anglesea Memorial Hall! And that means we have just released more tickets to see Liz Stringer on Friday 4 June and Kim Churchill on Saturday 5 June. But you’d better be quick for Liz, as we have already announced these tickets to our waiting list and they might already be snapped up!

Merpire, the moniker of Melbourne-based artist Rhiannon Atkinson-Howatt, writes music living somewhere between the rom-com and horror movie sections in her mind. Off the back of her independent, debut EP release in 2018 she showcased at Bigsound and sold out her Endless Chatter EP tour. By the end of 2019, Merpire had accrued an impressive list of supports including Julia Jacklin, Angie McMahon, Didirri and Gengahr (UK).
A Merpire live show flows between intimate pop ballads and fully immersive alt-indie heart-shakers. Have a listen here: https://youtu.be/iDO6VTwN8c0

Libby Steel is an alternative pop singer-songwriter based on the Surf Coast. Known for her strong soulful vocals, she has taken her explosive set across the country, supporting acts like San Cisco, Harts, Taylor Henderson and more. Her music has captured the attention of triple j where she has received stellar coverage and reviews from presenters praising her big and versatile voice in clever pop songs. She’s due to release her debut EP this year so this is one artist to say you saw back when!
Have a listen to Libby here: https://youtu.be/qgwBn7MDQSI

Our first shows since October 2019 happened over the weekend and they were incredible! Obviously things looked a bit different but the sound quality and the calibre of incredible artists was the same as it’s always been. It really was an amazing weekend – and we hope if you got to experience you loved it too.

We’re not ones to rest on our laurels. It’s time to look to June and to announce the next artists to be hitting the Anglesea Memorial Hall stage!

On Friday 4 June Liz Stringer kicks off her sixth album tour right here in Anglesea. We had hoped to see Liz as part of Dyson Stringer Cloher last year so we’re extra excited to have her coming again with an all new band line-up and her brand-new album.

Tickets went on sale this morning and we have a feeling this one will sell out very quickly so don’t delay in securing yours.

On Saturday 5 June talented multi-instrumentalist Kim Churchill swings by as he tours regional Australia to celebrate his 4-part EP collection I Am Forgetting The End Again. Hear songs from his recording travels in this beautiful night of stories and sonic adventures supported by Surf Coast rocket Libby Steel.

Tickets are on sale now so don’t miss out!

We’re in an ever changing events world!
At the moment our June shows are being sold as all seated gigs where you will only be able to sit with the group you book with, with an appropriate distance set up between you and the patrons around you. At this stage you will still need the name and contact number of everyone in your group to make your booking. Should things change we’ll update you – hey we may even be able to fit more ticket buyers in and we may even be able to dance!