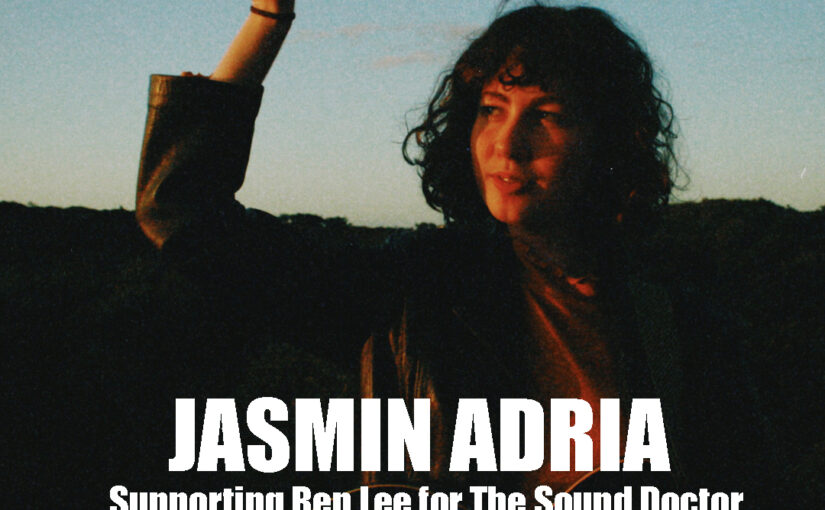 Ahead of her Sound Doctor show, we asked Jan Juc up and coming musician Jasmin a few quick questions.

Who or what inspired you to get into music?
Ever since I was young I’ve been a big fan of music and was introduced to different styles by my dad. We would listen and sing in the car all the time to musicians such as Pearl Jam, Kate Miller Heidke, Avril Lavigne and Bob Marly. But after begging my parents to buy me a guitar when I was seven because my friend’s dad had one, I was hooked. I really loved watching other people performing, local legends and that’s kinda what got me inspired to perform and be a part of the music community.

What did you love about growing up on the Surf Coast?
i think it’s the people and their views and attitudes towards life and the environment. Being so close to the beach I love that there is a real urgency to protect our environment around us. There is this real awareness that I don’t think is present in many other areas. Also the people are so lovely, there is a sense of community here and people really do care about each other and helping each other out.

What can audiences expect from your set?
What audiences can expect from my performance is a mix of songs that reflect my experience with being a teenager and the emotions of viewing the world as you grow up. My music is heavily inspired by 1960s and 1970s folk rock, so expect some folk songs with some angst.

Favourite ever concert experience?
This is a hard one. I really loved seeing Gang of Youths at the bushfire awareness concert back in 2020 (Down to Earth Concert) . They were absolutely incredible. The Foo Fighters in Geelong this year was also incredible too. To see such a huge act who is so legendary was amazing – also the moshpit was crazy. There were also some really great shows from Kate Miller Heidke and Courtney Barnett, who are some of my favourite artists.

What are you listening to right now?
I’ve been listening to a lot of Ruby Gill’s stuff since her new album I’m Gonna Die With This Frown On My Face came out a few weeks ago, and it’s absolutely excellent. I’ve been a fan of Ruby for a little while, after being introduced to her by my dad and listening to her track ‘You should do this for a living’. I just love her ability to write with her raw and authentic voice and expression of different life experiences. I’ve also been listening to quite a bit of Aloe Blacc after hearing a cool cafe in Collingwood play vinyl and quite a bit of Hozier as he has this radiant and warm tone that I can’t get enough of.

What are you most looking forward to about performing for The Sound Doctor?
I’ve been a big fan of The Sound Doctor shows for quite a while and have seen some really amazing acts. When I was asked to play I was extremely excited, as it’s been kind of a dream venue of mine to play at for quite a while. I love the intimacy in the venue. I’m also extremely excited to open for Ben Lee. He is one of the big voices of Australian music and a songwriter that can capture the culture here in Australia .