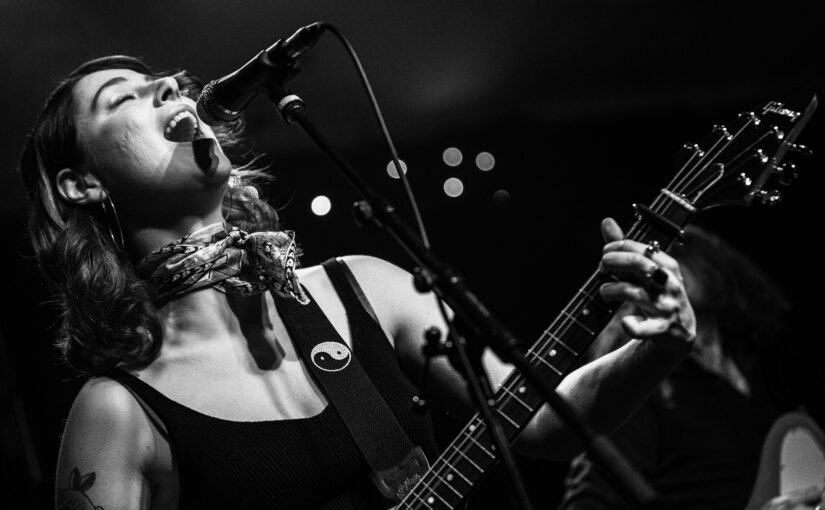 We know you’re all busy planning the upcoming silly season, and we hope you’re in the mood for great music! We are beyond excited to announce that Grace Cummings is bringing her distinctive voice, intensely personal songs and rocking band to Anglesea on Friday 2 December.

A captivating performer Grace Cummings is a uniquely gifted folk rock musician who has developed a global audience since the release of her critically acclaimed album, ‘Storm Queen’, earlier this year. Her songwriting reflects a strong connection to the Australian landscape, while influenced by  poets and luminaries from Joni Mitchell and Bob Dylan to Brett Whitely and Van Gogh. With a voice that demands to be heard and lyrics that cut through to the heart, this show will leave listeners gasping for air.

But don’t take our word for it – here’s what the press have to say:

“Cummings isn’t content to merely sing along to her melodies. She tears her low, surging voice to shreds, braying like she’s beckoning you from the opposite end of a crowded room. It adds an eerie, intense quality to her music – a desperation behind the calm of her arrangements.” Pitchfork

“Watery guitar effects, a tight-as-hell rhythm section, and those heavily melodic vocals – Sunfruits are coming into bloom, and there’s no telling where this journey will stop.” – Clash Magazine (UK)