We’re Back! And… here’s our
COVID Safe plan

With many thanks to the talented Patrick Callow and Nick Fletcher for photos of Jen Cloher/Thomy and Lucy and Ainslie Wills/Jordie Lane respectively. 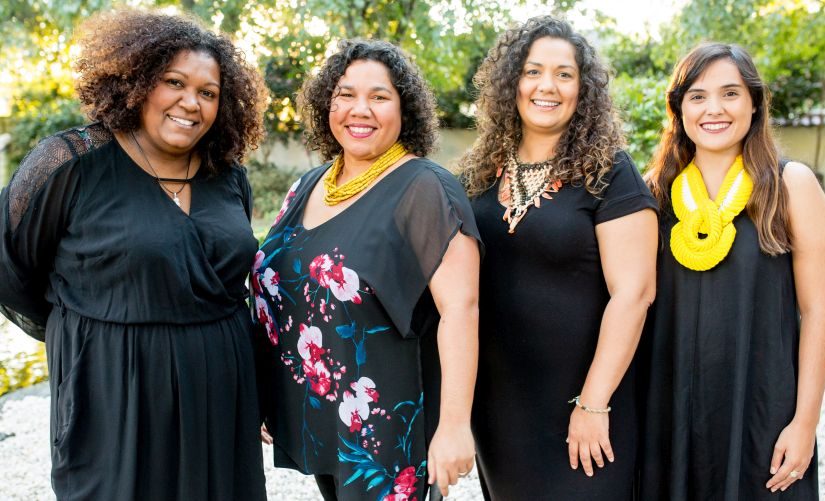 We’ve barely had time to grab a cuppa since our last huge weekend of music and we’re back to announce the next instalment in this year’s Sound Doctor program.

And so without further ado we bring you…

Find out more below. And remember our shows often sell out so you’ll want to get in quick to secure your tickets.

END_OF_DOCUMENT_TOKEN_TO_BE_REPLACED 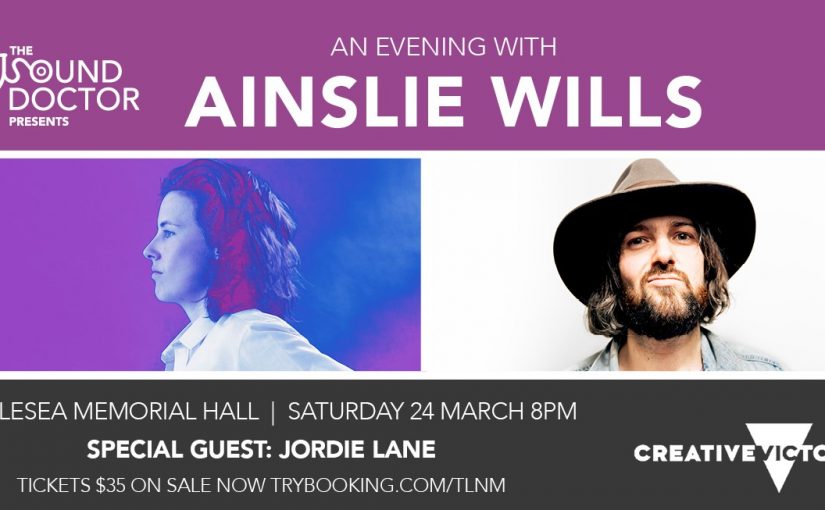 2018 is already racing away and before you know it, March will be here and with it the first of our Sound Doctor gigs for the year. Whether you’re a fan of powerhouse rock poetry or folk pop bliss, we’ve got two very different shows for your listening pleasure. But the big question is – have you got your tickets?

If the answer is no and you were hoping to catch Jen Cloher then you’re out of luck as all the tickets to her gig on Friday 23 March have been snapped up. If you were wanting to see Ainslie Wills, then there’s still time. Her show on Saturday 24 March still has tickets available – but not for long!

With her beautifully crafted and honestly told stories, Ainslie Wills has gathered an army of lifelong converts at home and internationally. If you’re not one of the many you certainly will be after this stunning performer (with her key collaborator Lawrence Folvig) steals your heart. We’ll let her amazing voice do the talking.

We are super excited to announce that joining the line-up for An Evening with Ainslie Wills is singer-songwriter, folk raconteur Jordie Lane. When Jordie performs live his incredible voice and rhythmic guitar playing seem like they come from another place and another time, add to that his charming onstage presence and we’re in for a great show.

Check out a taste of what Jordie Lane sounds like live.

We’re excited to announce that Jordie Lane will be joining Ainslie Wills in Anglesea on Saturday 24 March. Tickets are onsale now at https://www.trybooking.com/TLNM. Only $35. It’s going to be awesome! 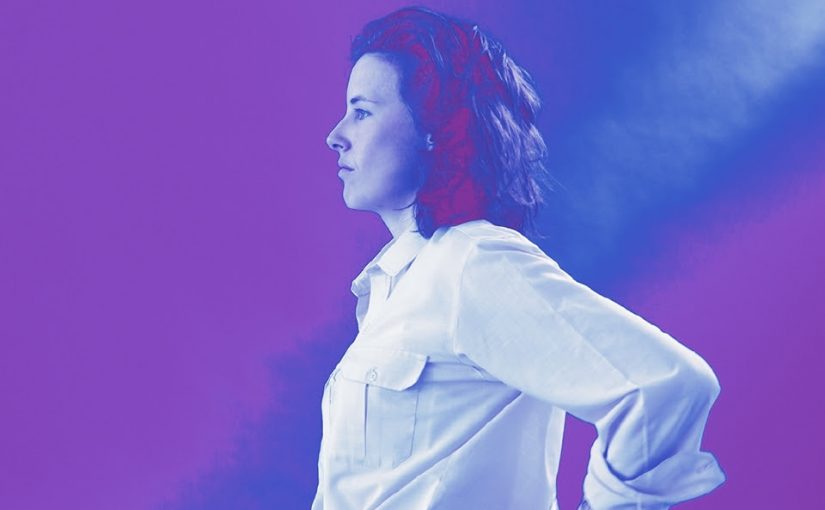 Melodic architect and soulful crooner Ainslie Wills headlines our second March gig with her stunning songs and genre bending mature pop bliss. Past Sound Doctor audiences will know just how amazing a beautiful voice can sound in the Hall – and this will be one of those experiences! Ainslie has played Falls Festival, WOMADelaide and Queenscliff Music Festival to name a few, and now she’s bringing her unfalteringly strong vocals and quietly profound lyricism matched with complex, thought-provoking melodies to our neck of the woods.

“She takes the listener through PJ Harvey, Jeff Buckley, St Vincent and Radiohead motifs then importantly emerges as a singular sound for a singular artist, heavy with verisimilitude.” Herald Sun 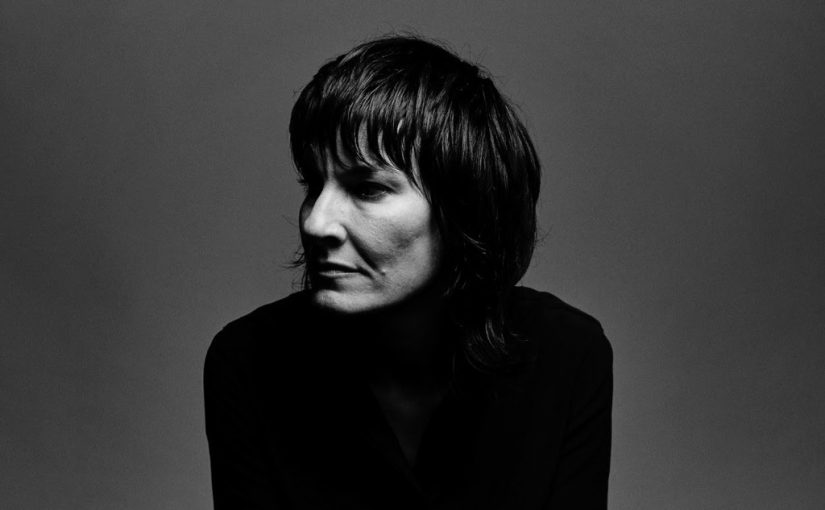 Jen Cloher announced an Australian tour this week – and we’re excited to say that Anglesea will be one of the stops. The tour celebrates the end of a landmark 12-months for Jen, releasing her self-titled album to unprecedented acclaim and unleashing her live show to rapturous audiences all over the world. This was the year where she confirmed once and for all she’s one of this country’s most important musicians and now you can see her for yourself when she and her band bring their lo-fi indie rock magic to town. Crowned Double J’s Australian Artist Of The Year, Jen’s 4th album has left critics and fans alike reaching into their grab-bags for new superlatives. She’s even been described as a modern day Patti Smith. Don’t miss this show.

After an awesome start to our Sound Doctor project, we are back in 2018 – bigger and better than ever!

Anglesea has such an appetite for great music that we’re starting the season off with a weekend of two great Aussie artists. On Friday 23 March Double J Artist of the Year Jen Cloher and her band will rock the Memorial Hall stage. On Saturday 24 March the divine vocals of Ainslie Wills (ably supported by members of her band) will be the headliner. Pick the artist that best suits you – or broaden you musical horizons and see both!

We’ll be announcing some great support acts in the New Year too.

The final Sound Doctor Presents gig for the year sees the beautifully ethereal dark folk of Leah Senior alongside the alternative folk-rock stylings of Forever Son (aka Jack Robbins). 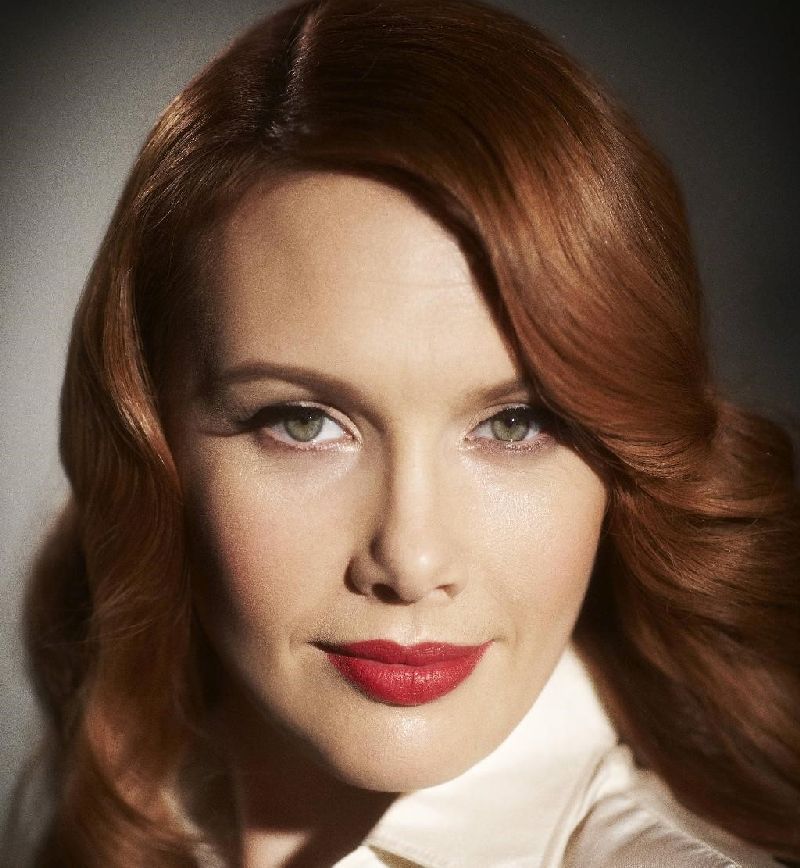 The wait is over… we are very excited to announce that Clare Bowditch will be the next guest artist for The Sound Doctor.

Following the huge success of our first concert in May, The Sound Doctor Presents crew is pleased to announce another great show in September at Anglesea Memorial Hall. With so many people missing out on the Lisa Hannigan experience, this time we’re giving you two chances to be a part of it all. But remember, these concerts are intimate events with limited tickets available so they will sell out!

Known to many as the host of Afternoons on ABC Radio Melbourne, Clare is a singer, sometimes actor, speaker, writer and creative-business mentor. She’s had Top Ten albums, been named Rolling Stone Woman of the Year (Contribution to Culture), toured with Leonard Cohen, written for Harper’s Bazaar and the Drum and played in nearly every venue, festival and truck stop in Australia. Now she’s heading to Anglesea for two solo shows on Friday 15 and Saturday 16 September.

Clare will serenade audiences with her heavenly voice, performing favourites from her five studio albums as well as a taste of some of the more than 150 songs she’s written since then (and is trying to whittle down for a new album!). Combining lush melodies and sparkling vocals with a true sense of fun, Clare will beguile audiences with her whip-cracking banter and open-hearted ballads.

Supporting Clare for these very special performances will be new generation Indigenous Australian artist Yirrmal, originally from North-East Arnhem Land but for the past six years a Geelong local. An inspiring songwriter and guitarist with a beautifully powerful voice, Yirrmal fuses the traditional and the contemporary to create stunning songs about his homeland and culture.

Don’t miss what promise to be two incredibly memorable nights of music in Anglesea – Friday 15 and Saturday 16 September.